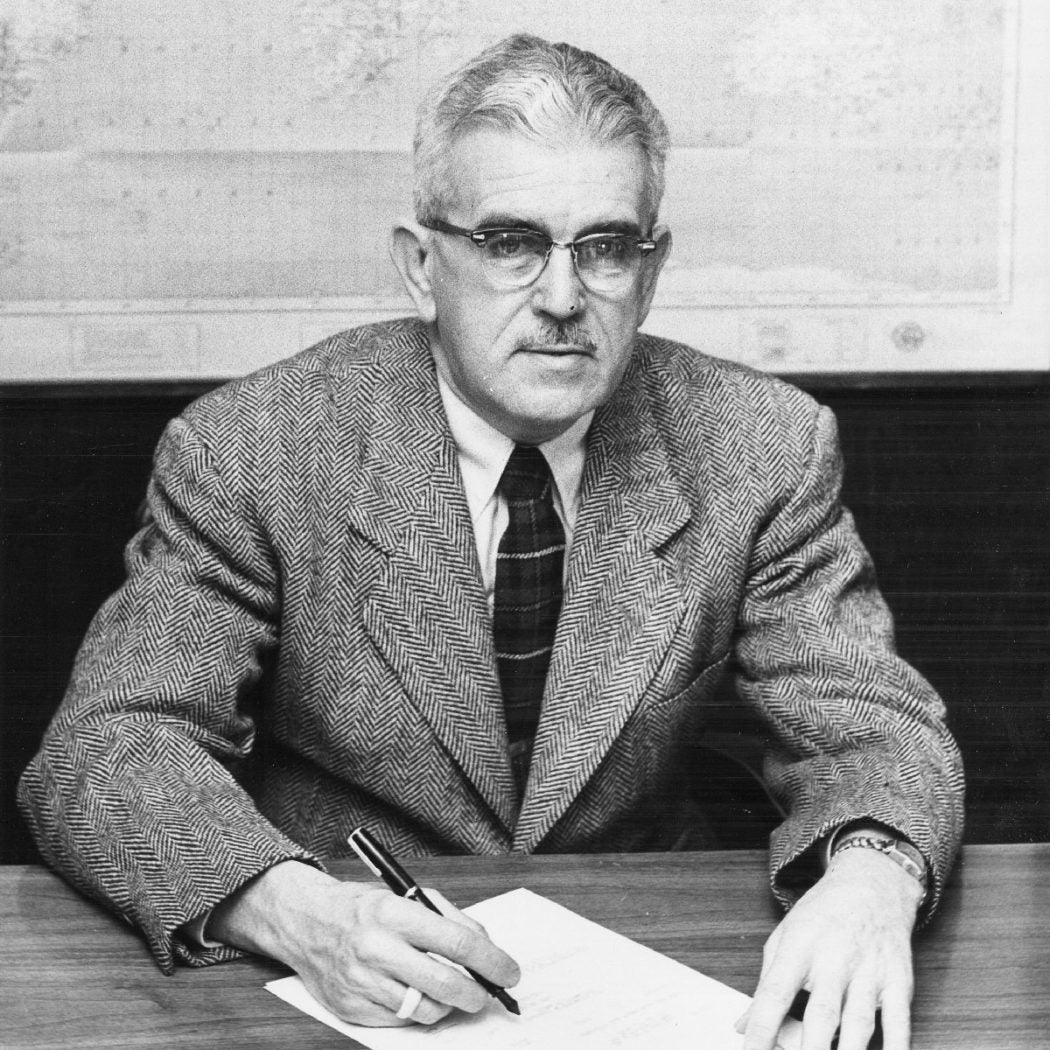 J. Raymond “Jit” Trainor was one of the first students to enroll, in the early 1920s, in Georgetown’s newly established School of Foreign Service. After graduation in 1927 and the completion of his Master’s degree in 1928, Jit joined the staff of the School, which he served in various capacities until his retirement in 1956.

During his long association with SFS, Jit was both friend and counselor to the scores of students who entered the School. At the end of World War II, he served as acting dean, but declined an offer to become dean because he preferred his duties as secretary, a position that put him in daily contact with the students he was so interested in helping. This very warm and human relationship is remembered by School of Foreign Service alumni who have generously supported a trust fund to make the Trainor Award and Lecture Series possible. Jit Trainor died on January 13, 1976.