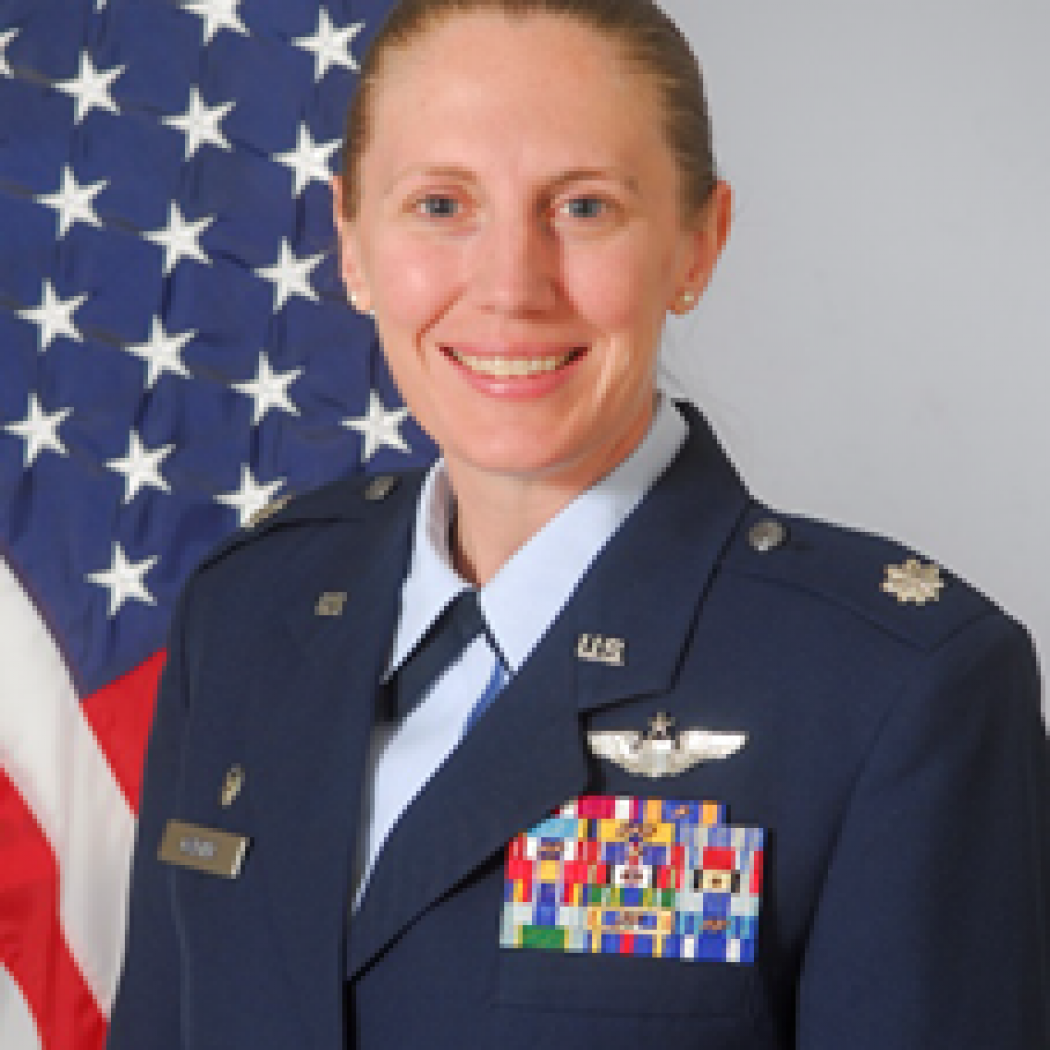 Lieutenant Colonel Katie Gaetke most recently served as Deputy Executive Assistant to the Chairman of the Joint Chiefs of Staff, the principal military advisor to the President. She previously served in the Nuclear Operations Division of the Joint Staff, and before that she commanded an F-16 fighter squadron. Lieutenant Colonel Gaetke is an F-16 instructor and evaluator pilot with over 1750 hours, including 249 combat hours in Iraq and Afghanistan. She has completed operational F-16 assignments in Japan, Korea, Arizona, and New Mexico. Lieutenant Colonel Gaetke holds master’s degrees from Embry Riddle Aeronautical University, the U.S. Air Force’s Air Command and Staff College, and the U.S. Army’s School of Advanced Military Studies, and a B.S. in mechanical engineering from the Massachusetts Institute of Technology.