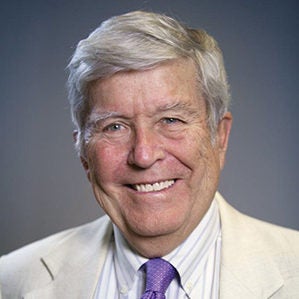 Ambassador Boyatt was born in Cincinnati, Ohio, in 1933. He received his B.A. in 1955 from Princeton and an M.A. from the Fletcher School of Law and Diplomacy. From 1956-59 he served in the United States Air Force.

Entering the Foreign Service in 1959 Boyatt served as Vice-Consul in Antofagasta, Chile (1960-62); Assistant to the Under Secretary of the Treasury (1962-64); Economic Officer in Luxembourg (1964-66); and Political Counselor at the Embassy in Nicosia, Cyprus (1967-70). He returned to Washington as Special Assistant to the Assistant Secretary of State for the Near East. He was Director of Cyprus Affairs (1971-74) and named a member of the Senior Seminar in Foreign Policy the following year. In 1975 Boyatt became Minister-Counselor at the American Embassy in Santiago, Chile. Mr. Boyatt was chosen to be Ambassador to Upper Volta in 1978, and in 1980 he was nominated and confirmed as United States Ambassador to Colombia. In 1983 Ambassador Boyatt was promoted to the personal rank of Career Minister of the Foreign Service. He speaks Spanish, French, and Greek.

Ambassador Boyatt received the State Department’s Meritorious Honor Award in 1969 for heroism in risking his life to return to a plane about to be blown-up by terrorists to carry injured passengers to safety during the 1969 hijacking by Palestinian guerillas of a TWA flight on which he was a passenger. He then helped negotiate with the Syrian Government for passenger release. He received the William R. Rivkin Award “for intellectual courage, creativity, disciplined dissent, and taking bureaucratic and physical risks for peace on Cyprus…” in 1970 and in 1979 was given the Christian A. Herter Award “for extraordinary contributions to the practice of diplomacy.” In 1999 he received the Foreign Service Cup for post-retirement contributions to the Service, and the lifetime achievement award from the American Foreign Service Association (AFSA) in 2001. Several foreign governments have also decorated him.

Retiring in 1985, Ambassador Boyatt became Vice President of Sears World Trade and President of US Defense Systems (USDS) in 1990. From 1984-88 Boyatt was a Trustee of Princeton University. He has been a member of the Advisory Boards of the Woodrow Wilson School at Princeton, the Patterson School at the University of Kentucky and is currently a member of the Board of Advisers of the Institute for the Study of Diplomacy at Georgetown University. He teaches at the Foreign Service Institute throughout the year, is President of the Foreign Affairs Council, an umbrella group composed of 11 organizations which support the Foreign Service, and Treasurer of AFSA-PAC. In 2008 Ambassador Boyatt received the “Lifetime Contributions to American Diplomacy Award.” He is a member of the American Academy of Diplomacy and several corporate and non-profit boards. He is married to Maxine Shearwood and they have five children.