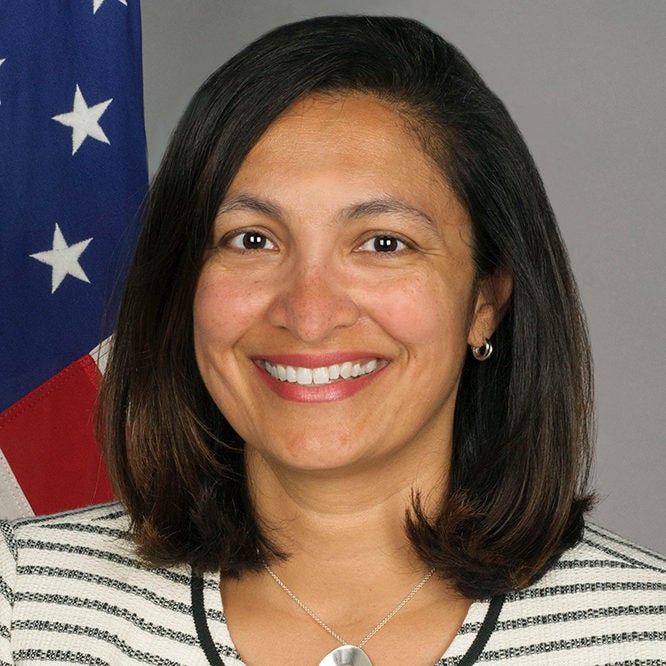 Uzra Zeya is CEO and President of the Alliance for Peacebuilding, where she draws on over two decades of diplomatic experience in Near East, South Asian, European, human rights, and multilateral affairs. As Chargé d’Affaires and Deputy Chief of Mission at U.S. Embassy Paris from 2014 to 2017, she oversaw the day-to-day operations of Embassy Paris, six constituent posts, and 50 offices and agencies engaged in U.S. government work.

Ms. Zeya served previously as Acting Assistant Secretary and Principal Deputy Assistant Secretary in the Bureau of Democracy, Human Rights, and Labor, from 2012 to 2014. Since joining the Foreign Service in 1990, Ms. Zeya served in New Delhi, Muscat, Damascus, Cairo, and Kingston. As Chief of Staff to the Deputy Secretary of State from 2011 to 2012, she helped shape the U.S. response to the Arab Spring and deepened U.S. engagement with emerging powers. She also served as Deputy Executive Secretary to the Secretary of State, as Director of the Executive Secretariat Staff, and as UN General Assembly Coordinator. She is the recipient of the Légion d’honneur, France’s highest civilian honor, and 15 Superior Honor and Senior Performance Awards. A graduate of the Georgetown University School of Foreign Service, she speaks French, Arabic, and Spanish.