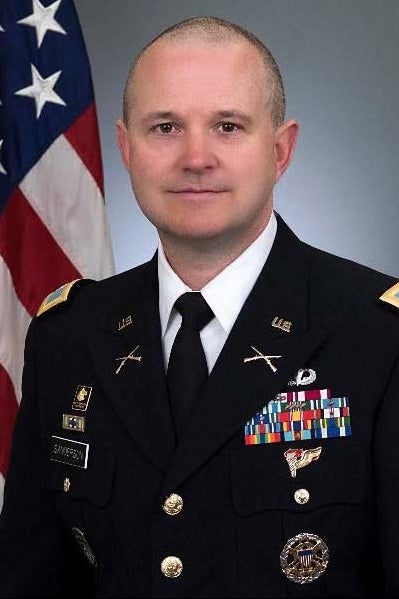 Prior to his arrival at Georgetown Colonel Sanderson was Joint Operational War Plans Development Chief in the Joint Staff J5, where he was responsible for the coordination of all operational plans in the Department of Defense.

Colonel Sanderson earned a B.A. in business administration from Mississippi State University, and a M.A. in national security and strategic studies from the U.S. Navy War College. He also holds multiple military and interagency planning and strategy certifications.