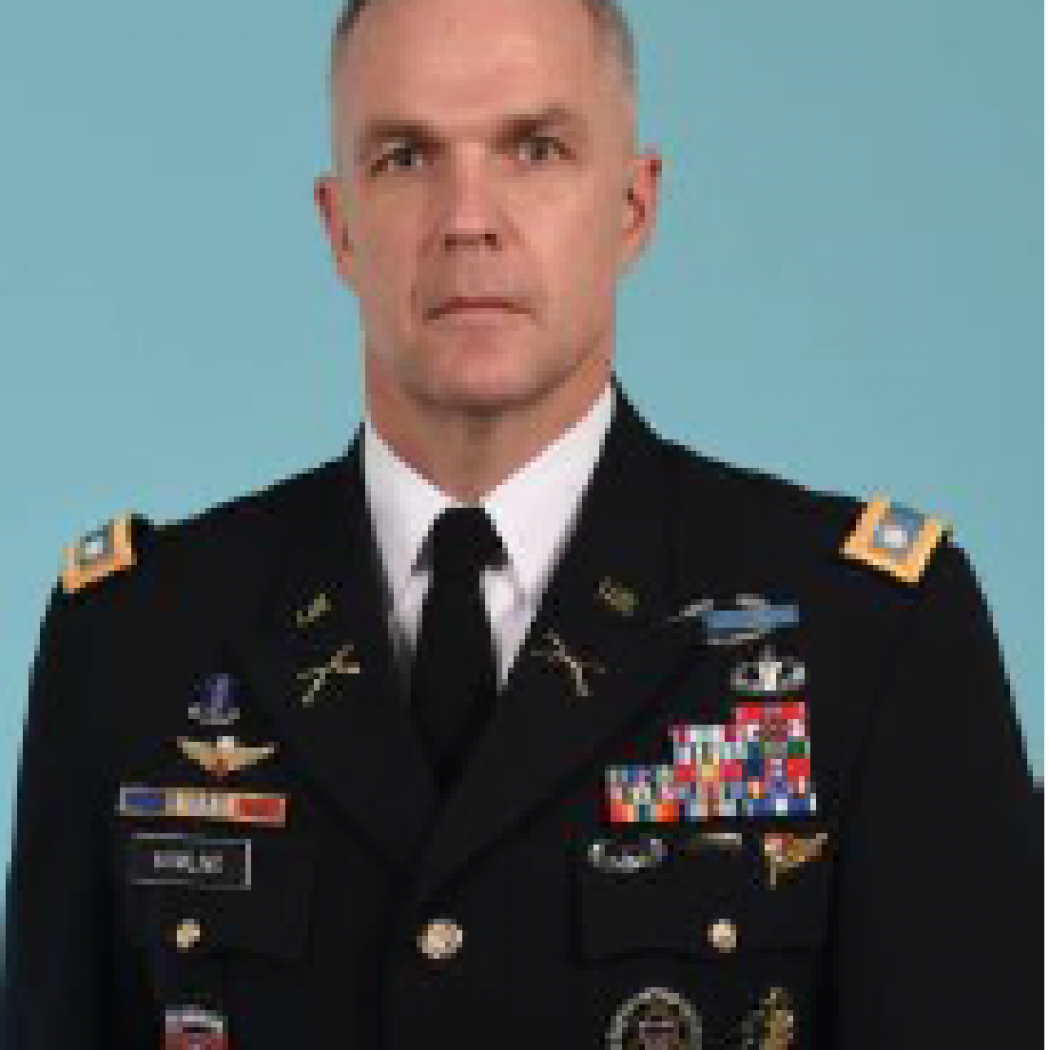 COL Martin J. Bowling was commissioned into the United States Army in 1999. Over the course of his career he has served at all levels within the Department of Defense, including commands and deployments across the Balkans, Europe, Africa and the Middle East with the 3rd Infantry Division, the 82nd Airborne Division and the 101st Airborne Division, United States Africa Command, and the U.S. Department of State.

In 2007 COL Bowling was selected as a Joint Chiefs of Staff and Secretary of Defense Intern. He holds a Bachelors degree from Auburn University and a Masters of Policy Management from Georgetown University’s McCourt School of Public Policy. He is a graduate of the U.S. Army Airborne, Ranger, Jumpmaster, Pathfinder, and Air Assault schools.

He is married to the former Kerry Crawford of Hopewell, VA. They have two sons Ethan and Jack.