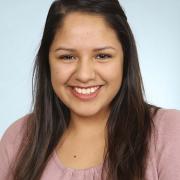 Research topic: The Role of Enlargement in the Future of the EU’s Foreign Policy

Elvia is an MA candidate in German and European Studies whose main research interests involve diplomacy with a transatlantic focus. Her ISD research project aims to produce a current picture of the trajectory of European Union enlargement. At a time when the E.U. is looking to emerge from ongoing crises and to reinforce its foreign policy credentials, this research will investigate whether a reinvigorated enlargement policy can play a key role in future transatlantic relations. Originally from Texas, Elvia completed her first degree at St. Edward’s University in Austin. Prior to coming to Georgetown, she was a Fulbright Scholar at the Diplomatic Academy of Vienna. A current Pickering Fellow, Elvia will join the US Foreign Service upon graduation.