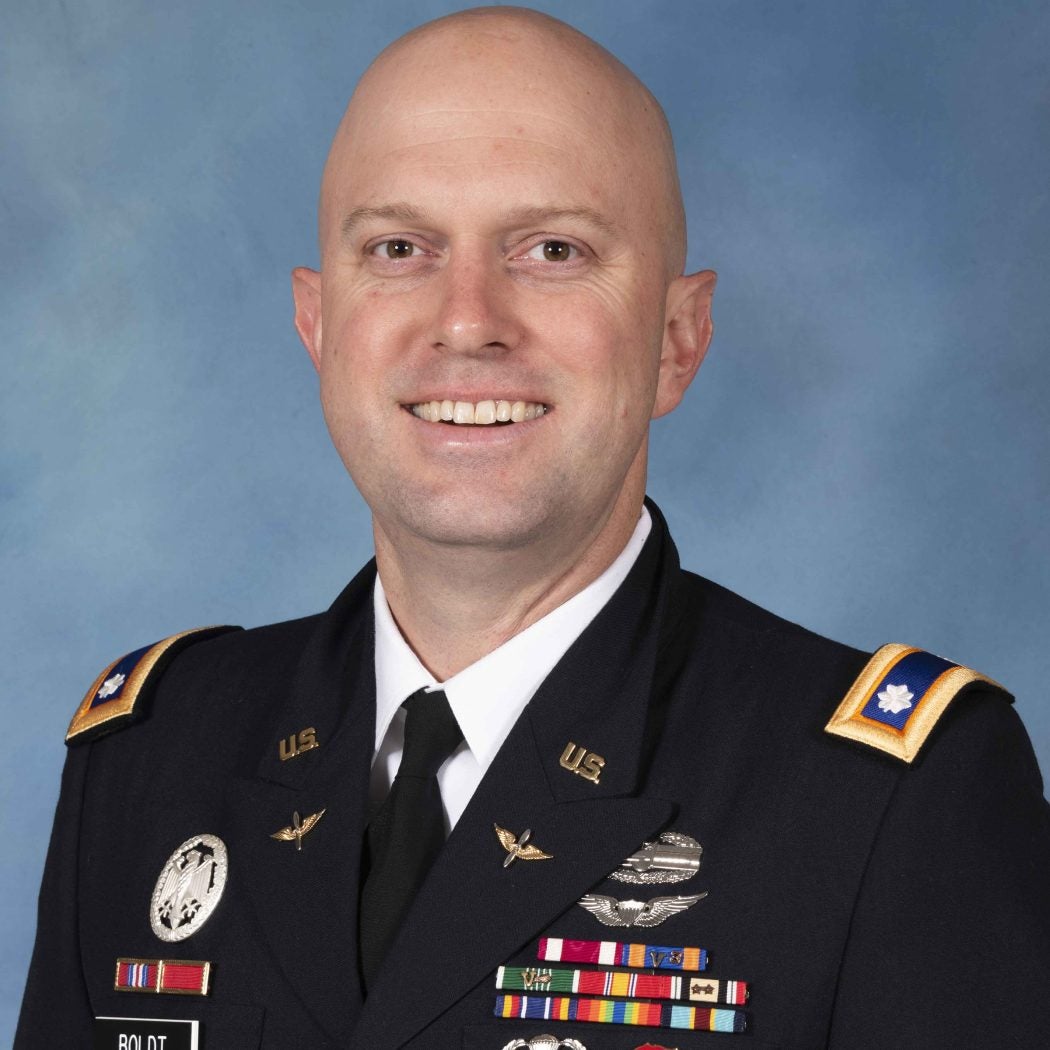 Lieutenant Colonel Boldt graduated from Georgia Southern University in 2004 with a Bachelor of Arts in History; he was also a member of the University Honors Program. Additionally, he holds a Master of Military Arts and Science degree (focus area West Africa) from the US Army Command and General Staff College at Fort Leavenworth, Kansas. The title of the thesis was “American colony in Africa: lessons learned from other former colonial powers in West Africa that can be applied to the United States' relationship with Liberia.” LTC Boldt is also a graduate of the Airborne School, Pathfinder School, the Reserve Component National Security Course (RCNSC), and the Joint and Combined Warfighting School-Hybrid (JCWS-H). Lieutenant Colonel Boldt is married and has two children.