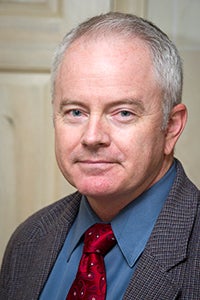 Rick received his commission upon graduation from Marion Military Institute in 1984. He has led and served in Army National Guard Special Forces units from the team to the group level and has experience in Latin America, Haiti and Iraq.

He most recently served as a deputy division chief in National Guard Bureau’s domestic operations directorate. His previous assignment was as the executive officer for the last Special Operations Task Force in northern Iraq. Prior to that, he served over twenty years in positions ranging from the tactical level to staff assignments at National Guard Bureau and the Department of the Army.

Rick’s research interest is the evolving strategy for the use of military power to address threats posed by transnational criminal organizations.

Rick earned a Bachelor of General Studies Degree from Northwestern State of Louisiana and a Master of Military Studies from American Military University. He is engaged to Lieutenant Colonel Jennifer Mitchell, currently serving as the 216th Engineer Battalion Commander, Cincinnati, Ohio.

He is currently the Deputy Chief of Staff for the National Guard, U.S. Special Operations Command.