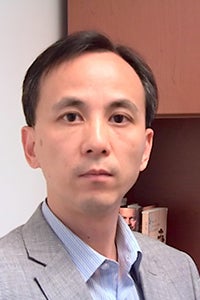 Mr. Liu Jun is a diplomat of the People's Republic of China. He joined the Ministry of Foreign Affairs and Trade in 1993.

His most recent assignment was Counsellor, Director of Sub-Committee, of the Senior Diplomats' Working Committee. Additional assignments in Beijing include Counsellor, Department of External Security Affairs; Director of the Bureau of Commerce; and Deputy Director, First Secretary, of the Department of Latin and Caribbean Affairs. Overseas assignments were as Consul, Chief of Political Section, Chinese Consulate in New York; and the Chinese embassy in Seoul.

His work experience includes serving as a member of the preparation team for visit's of senior Chinese officials in Switzerland, Germany, and the United States, the later in advance of President Hu Jintao's visit to New York City.

Academic degrees include a Bachelor of Arts, Department of Foreign Studies, Fuyang Teachers' College and a Bachelor of Law, in international law, from the Beijing Foreign Affairs College.

Mr. Liu plans to use his time with the Institute to study U.S.-China relations, now and in the future, and the theory and practice of the State Department's management and training of senior diplomats in times of new challenges. He looks forward to advancing his knowledge of global foreign policy, while engaging in discussions on China's goals regionally and in the world.