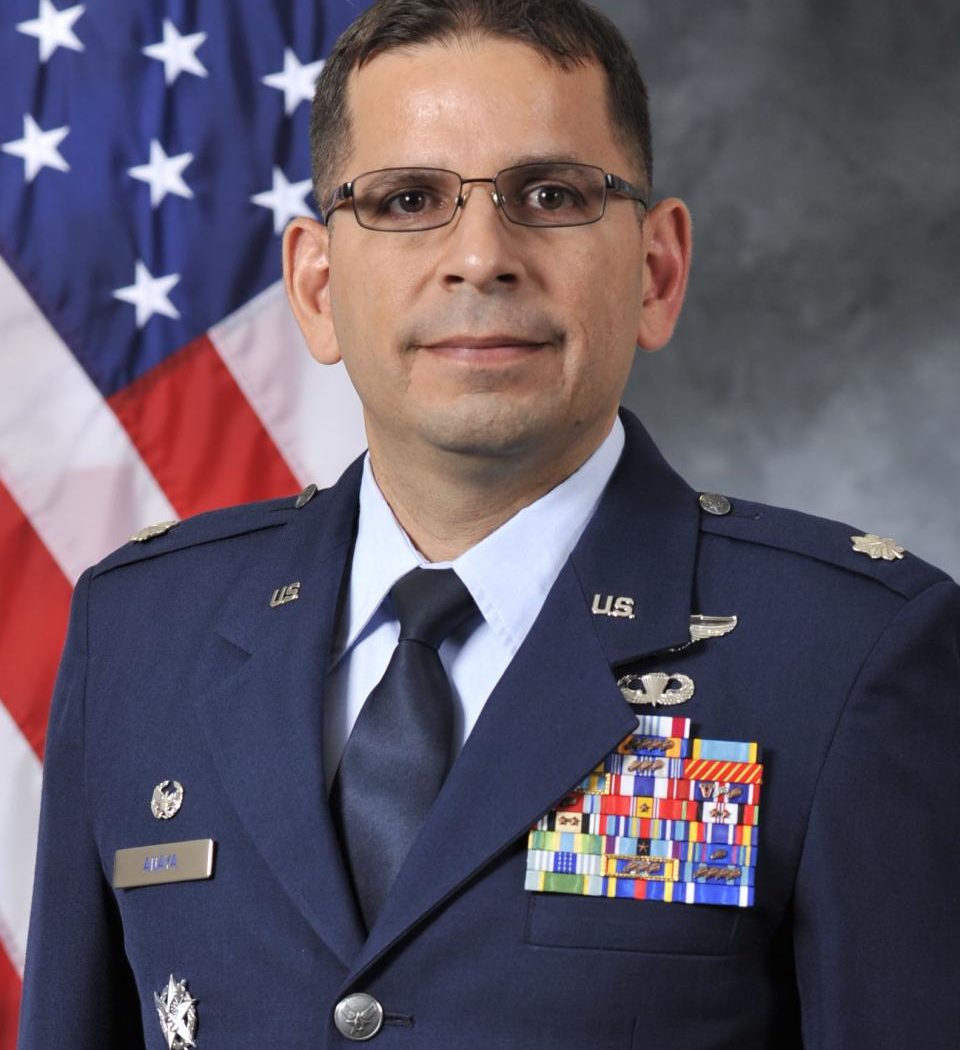 Lieutenant Colonel Sergio E. Anaya was the Commander of Air Mobility Command’s Air Operations Squadron where he led 300 military and civilian personnel. Previously, Lieutenant Colonel Anaya was a Special Assistant to the Combatant Commander, U.S. Southern Command, Miami, FL. In this capacity, he was responsible for developing and articulating initiatives of interest to the Combatant Commander and supported the commander’s interaction within the Department of Defense, Congress, U.S. Interagency, foreign governments, and the private sector. He is a senior pilot with more than 3,800 hours in the C-17, C-21A, T-1, and T-37 and has logged more than 930 combat hours. He attended the Chilean Air Command and Staff College in Santiago, Chile and is an Air Force Latin America Regional Affairs Specialist (RAS).