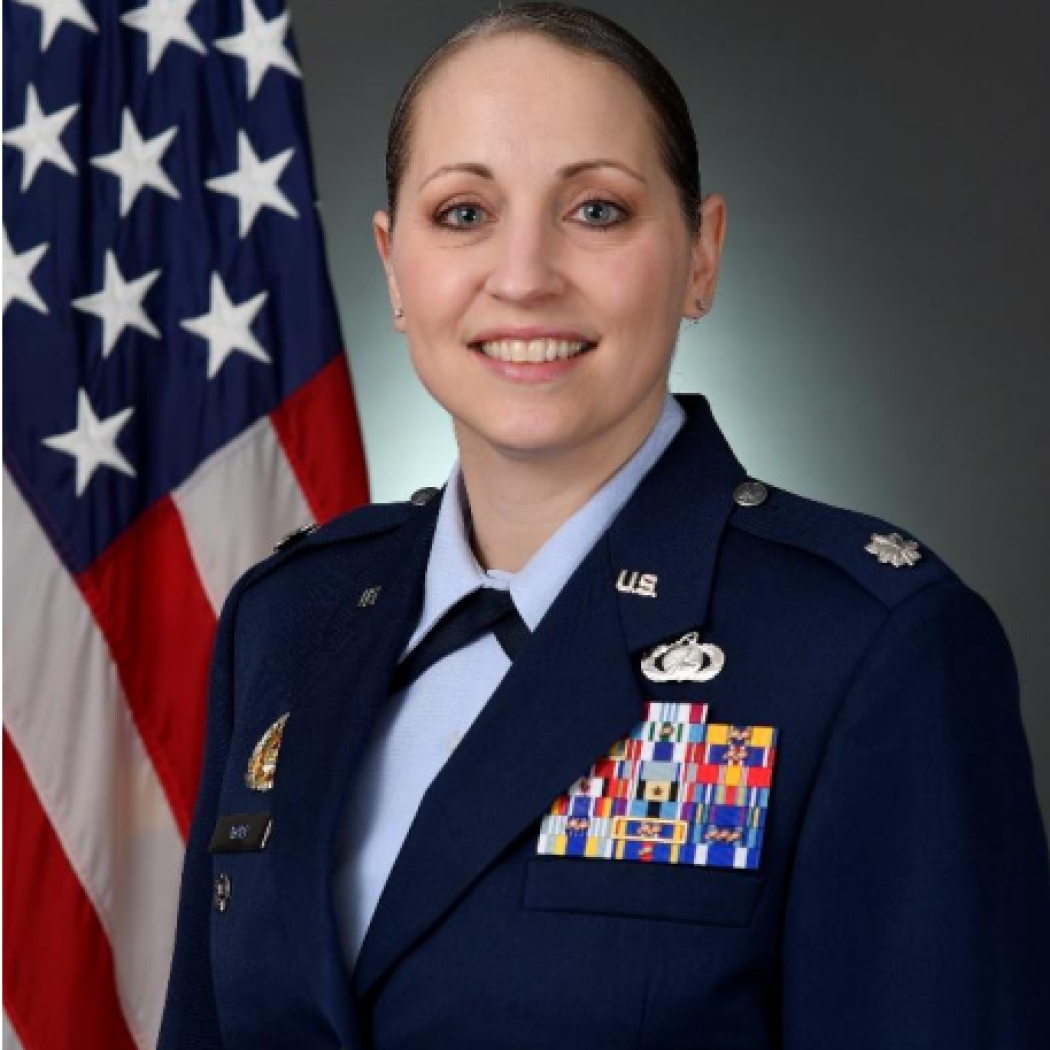 Lieutenant Colonel Jennifer Mapp most recently served as the executive officer to the Chief of Staff of the U.S. Air Force. She assisted with the management of a 25-member team and coordinated across the Department of the Air Force, military services, Joint Staff, Office of the Secretary of Defense, other government agencies, industry and allies, and partner nations around the world. Prior to that, she was Commander of the 55th Contracting Squadron in Nebraska where she was responsible for the management of a $5 billion portfolio and annual execution exceeding $390 million directly supporting the 55th Wing, 557th Wing, United States Strategic Command, and 50 associated units. She enlisted in the Air Force in 2000 and served as a contract specialist until 2005 when she received her commission through officer training school. Lt. Colonel Mapp commanded the 380th Expeditionary Contracting Squadron in Al Dhafra, United Arab Emirates, and has three combat tours in Kuwait, Afghanistan, and Iraq.