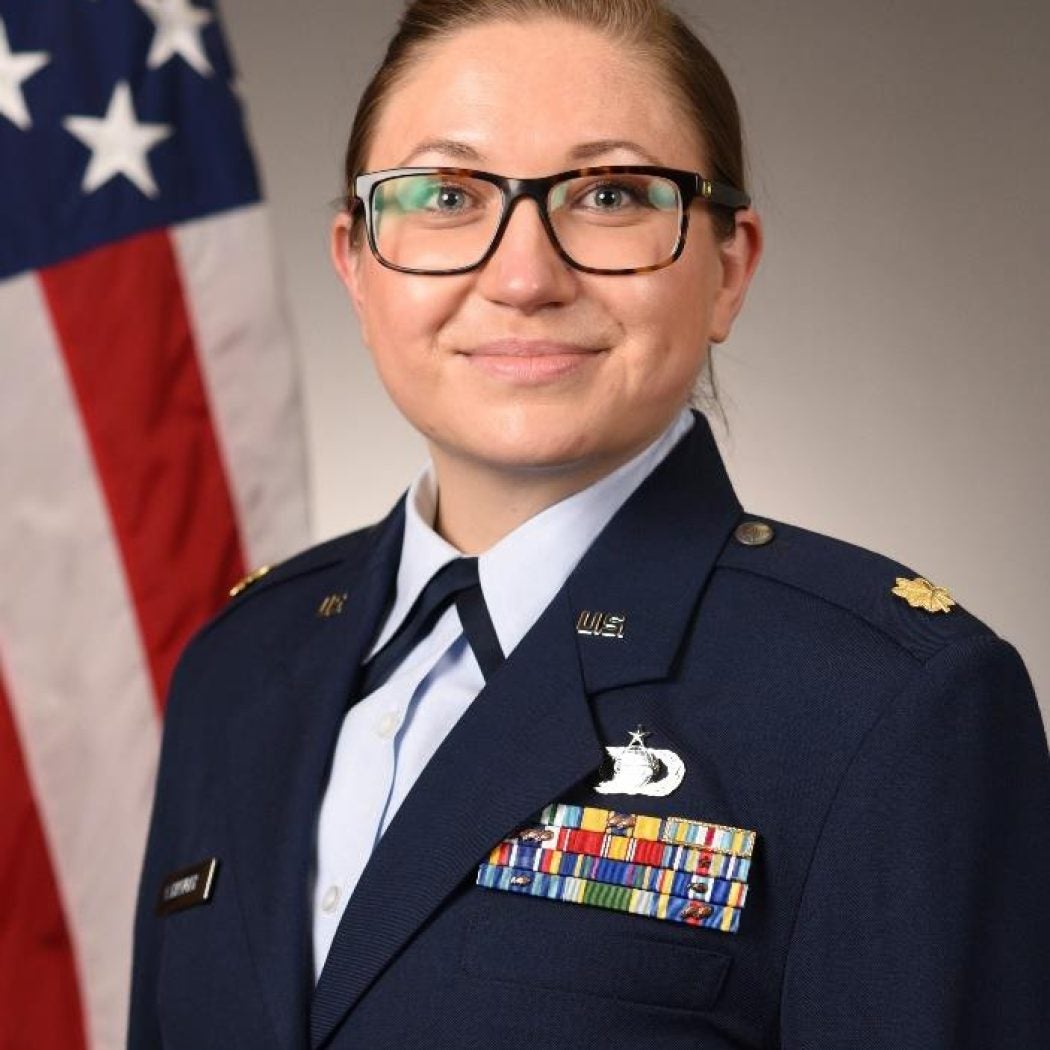 Major Kira Carpenter was most recently Deputy Chief, Air, Air Defense, Space, and Cyber Analysis Branch Directorate of Intelligence at US Air Forces in Europe-US Air Forces in Africa, headquartered at Ramstein Air Base, Germany. She was responsible for providing operationally relevant intelligence to drive strategy, plans, and operations across two combatant command areas of responsibility comprising 104 countries. The major entered the Air Force in June 2010 through ROTC from Central Washington University. She completed intelligence officer training in November 2011, and since then has held a variety of intelligence positions related to combat integration, targeting, and regional analysis. Maj Carpenter has deployed twice to the Middle East, once as Chief of Intelligence for the 492nd Fighter Squadron and once as Intelligence Engagements Officer to the Royal Jordanian Air Force. She is a graduate of the US Air Force Advanced Academic Degree program, where she specialized in Russian history, politics, and language. Prior to her current position, the major was a Russian Language Student, Defense Language Institute, Presidio of
Monterey, Calif.