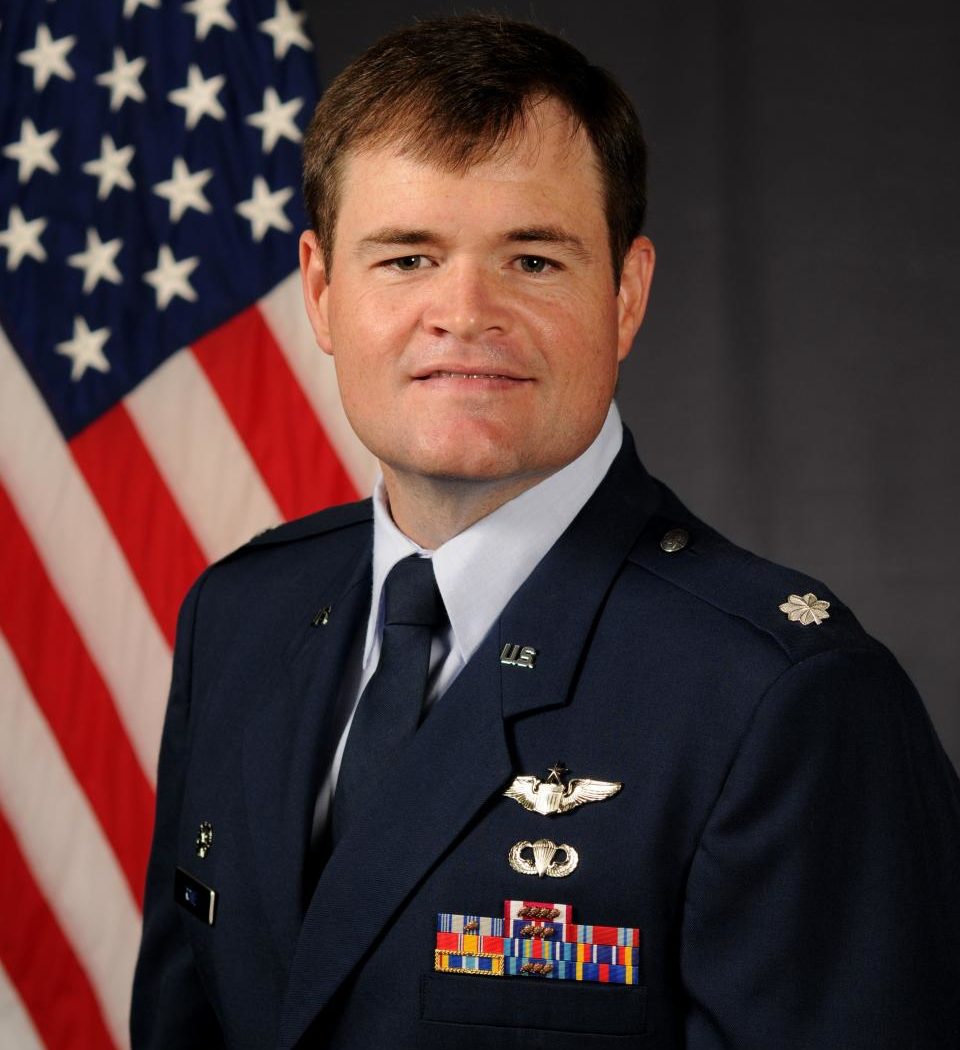 Lieutenant Colonel Scott Rowe served as the Commander, 44th Fighter Squadron, Kadena Air Base, Japan. In this position, he was responsible for the operation of 24 F-15 aircraft and ensures the combat readiness for 40 pilots. He was previously the Director of Operations in the 44th Fighter Squadron.

Lieutenant Colonel Rowe was born in Aberdeen, Mississippi and graduated from the United States Air Force Academy in 1998. He attended Undergraduate Pilot Training at Columbus AFB, MS and is a distinguished graduate of the United States Weapons School (USAFWS) at Nellis AFB, Nevada. Lt Col Rowe has served in the F-15C weapon system as an instructor pilot, flight examiner, weapons officer, flight commander, assistant director of operations, and operations officer. He is a command pilot with more than 3,100 flying hours.