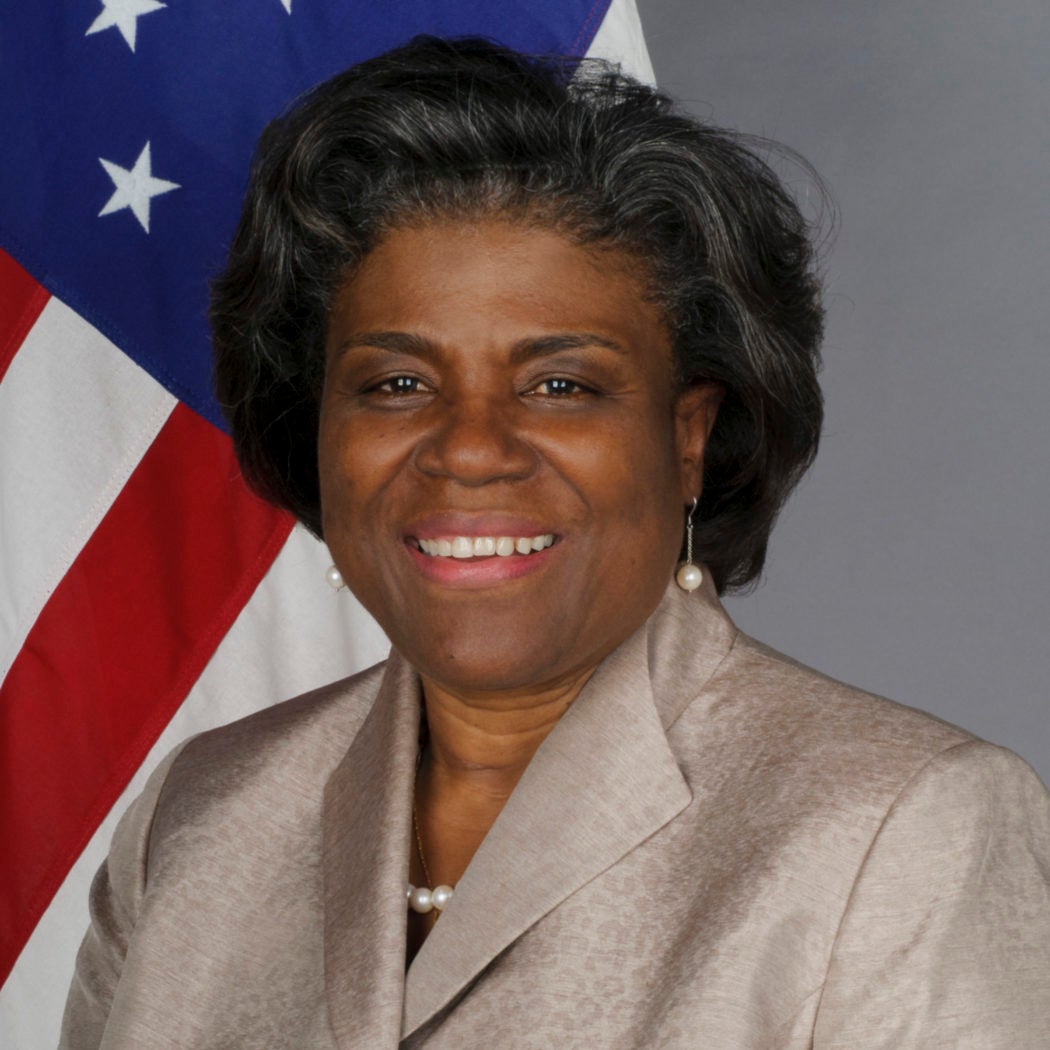 Ambassador (ret.) Linda Thomas-Greenfield is a Senior Vice President at Albright Stonebridge Group and leads the firm’s Africa practice. She was the inaugural Distinguished Resident Fellow in African Studies at the Institute for the Study of Diplomacy from fall 2017 to spring 2019. She joined ISD in spring 2017 as a Senior State Department Fellow.

Thomas-Greenfield retired in 2017 after a 35-year career with the U.S. Foreign Service. From 2013 to 2017 she served as the Assistant Secretary for the Bureau of African Affairs, where she led the bureau focused on the development and management of U.S. policy toward sub-Saharan Africa. Prior to this appointment, she served as Director General of the Foreign Service and Director of Human Resources (2012-2013), leading a team in charge of the State Department’s 70,000-strong workforce.

Ambassador Thomas-Greenfield’s distinguished Foreign Service career includes an ambassadorship to Liberia (2008-2012), and postings in Switzerland (at the U.S. Mission to the United Nations), Pakistan, Kenya, The Gambia, Nigeria, and Jamaica. In Washington, she served as Principal Deputy Assistant Secretary of the Bureau of African Affairs (2006-2008), and as Deputy Assistant Secretary of the Bureau of Population, Refugees and Migration (2004-2006). She currently heads the Africa Practice at Albright Stonebridge Group, a strategic commercial diplomacy firm co-chaired by former Secretary of State Madeleine Albright and former Secretary of Commerce Carlos Gutierrez. She earned a B.A. from Louisiana State University and a M.A. from the University of Wisconsin, where she worked towards a PhD. She received an honorary Doctor of Law degree from the University of Wisconsin in May 2018.