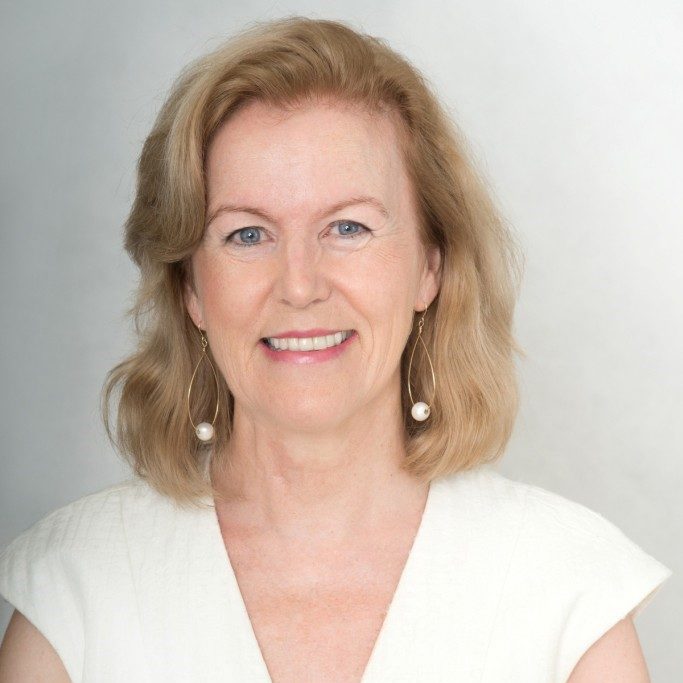 Anne Anderson was Ambassador of Ireland to the United States from August 2013 to July 2017. She was Ireland’s 17th Ambassador to the U.S. and the first woman Ambassador. In 2018, UN Secretary-General António Guterres appointed Ms. Anderson to the fifth Advisory Group to the United Nations Peacebuilding Fund.

During her Washington assignment, the Ambassador was particularly focused on further strengthening Ireland-US economic, trade and investment links; highlighting Ireland’s interests in relation to reform of US immigration legislation; supporting US interest and engagement on key issues still to be fully addressed in Northern Ireland; and further deepening the vibrant cultural connections between the two countries.

She has undertaken a wide range of responsibilities in her various assignments as Ambassador. Some highlights of her multilateral work include chairing the WTO Trade Policy Review Body (1996), the UN Commission on Human Rights (1999) and heading the Irish team in Brussels during Ireland’s EU Presidency in 2004 (she was awarded European Voice “Diplomat of the Year” in recognition of her Presidency role). During her New York assignment, she oversaw a review of the UN Peace-building machinery and was tasked by the President of the General Assembly with facilitating preparations for the 2013 UN Special Event on the Millennium Development Goals.

As Ambassador to the UN, her particular focus was on development/human rights/gender equality issues. From her assignment in Brussels, she retains a keen interest in EU Affairs. As a former Ambassador in Paris, her involvement with France also continues.

A strong believer in public outreach, Ms. Anderson regularly engages as a lecturer, moderator, and panelist in academic, think tank, and business settings. During her New York assignment, such engagements included Fordham University, Columbia University, International Peace Institute, UN Association of New York, and Academic Council of the United Nations. Throughout her assignment, as Ambassador to the U.S., she addressed numerous think tanks both in Washington and around the country as well as speaking at a wide range of universities, Chambers of Commerce, and other business networks.

Ambassador Anderson was awarded an Honorary Doctorate by the National University of Ireland in December 2011 (Doctor of Laws) and by Fordham University in May 2017 (Doctor of Humane Letters). She was listed among Ireland’s “25 Most Powerful Women” by the Women’s Executive Network in 2015 and the “30 Irish Women You Need to Know “by the Irish Times on March 2017. During the past year, she was honored with awards from University College Dublin (Alumnus of the Year: Arts and Humanities); Irish America magazine; the Flax Trust; the Irish International Immigration Center, Boston; and the Irish American Partnership. She was presented with the International Leadership Award by the Ireland Funds at its 25th National Gala in Washington DC on March 2017, and with a Lifetime Achievement Award by the Irish – US Chamber of Commerce in Dublin in November 2017.