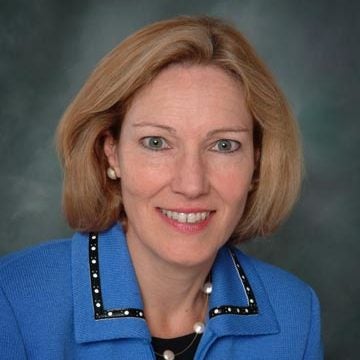 Ms. Brehm retired from The Procter & Gamble Company as Vice President for Global Government Relations and Public Policy where she created and led P&G’s team of sixty government relations practitioners based in key markets across the globe. She was responsible for public policy and legislative advocacy to protect and grow P&G’s business, advising three Company CEOs over her seventeen years at P&G. She also oversaw a $24 million P&G Fund supporting initiatives in the communities where P&G operates.

During a 13-year stint with General Motors Corporation, Ms. Brehm served as Director of International Trade and Investment Policy, supporting GM’s international operations. During two overseas assignments with GM, she established an office in Shanghai in 1984 to conduct countertrade deals and returned to the region in 1996 as Director of Asia-Pacific Trade Policies and Strategy, supporting joint venture projects.

In other roles, Carolyn led Asia operations in Hong Kong for ORBIS International, a global humanitarian organization working to eliminate avoidable blindness in the developing world. While at a CEO advocacy group, The Business Roundtable, she led the business coalition’s successful campaign for Congressional passage of China trade legislation. She began her career at the US-China Business Council, a non-profit organization promoting trade and investment with China.

Ms. Brehm is a 1977 graduate of Georgetown University Walsh School of Foreign Service with a concentration in Asian Studies. She completed an MBA in Management at the University of New Haven’s program at Cyprus College, Nicosia in 1996. She was an AFS International exchange student in Mumbai, India in 1972. Carolyn speaks Mandarin and has studied French.

She is a member of Economic Club of Washington and serves on several non-profit boards, including the Board of Advisors at Georgetown University Institute for the Study of Diplomacy, policy advisor for IREX and READ Global’s “Communities Thrive” joint initiative in South Asia, and Chair of the Board of the Executive Council on Diplomacy.

Carolyn is married to Ambassador Richard A. Boucher, a retired career diplomat in the US Foreign Service and former OECD Deputy Secretary-General. They have two grown children, Madeleine and Peter.