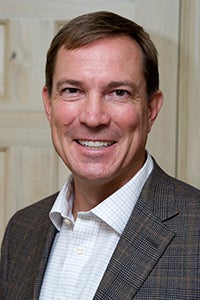 Colonel William (Will) Johnson came to ISD from the Office of the Secretary of the Army where he served as the Military Assistant to the Honorable John M. McHugh.

Colonel Johnson received his Army commission upon graduation from the United States Military Academy in 1991. Over the course of his career, he has led Armor and Cavalry units from the platoon to the battalion level and has extensive operational experience in both Afghanistan and Iraq.

He most recently served as a Military Assistant to the Secretary of the Army, the Honorable John M. McHugh. His prior assignment was as a squadron commander in the 101st Airborne Division, deploying to Nangarhar, Afghanistan in support of Operation Enduring Freedom from 2010 to 2011. He previously commanded a coalition Task Force in Iraq and served as a staff officer for three years at U.S. Central Command during the height of the conflicts in both countries.

His research interest focused on the evolving use of military forces as an instrument of national power given contemporary threats and constrained resources.

Colonel Johnson earned a Bachelor of Science degree in Engineering Management from the United States Military Academy and a Master of Military Arts and Sciences from the Air Command and Staff College. He is married to the former Meredith Adams; they have two children.

He is currently the Executive Ofiicer for Army Legislative Liaison at the U.S. Department of Defense.