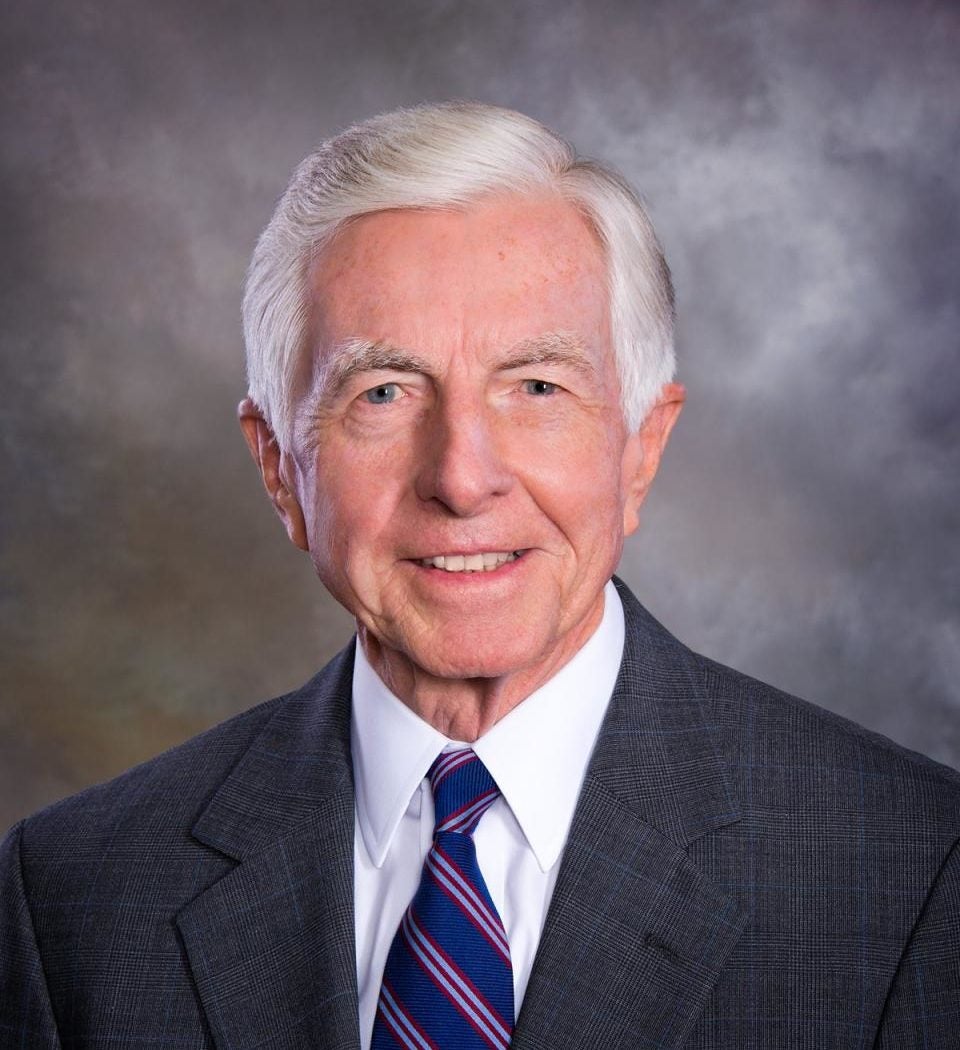 A native of Boston, MA, Frank Hogan is Chairman of Overseas Service Corporation (OSC), a manufacturer representative that has helped bring familiar brand name products – a touch of home - to U.S. service members and their families through U.S. Military Commissaries and Exchanges around the world for 70 years. OSC is especially proud of the fact that 55% of its workforce is composed of military veterans or family members.

Procter & Gamble, The Hershey Company, Tyson Foods, The J.M. Smucker Company, Duracell, GlaxoSmithKline are just a few of the prominent companies which use OSC’s services. Frank served his country as a member of the United States Marine Corps from 1952 to 1955 and attended college on the G.I. bill afterward - Boston University (AA ’57), and Georgetown University's Edmund A. Walsh School of Foreign Service (BSFS ’60). He began his OSC career in 1959 while he was still in college and worked his way up the company ladder, culminating in his appointment as the company's second President and CEO in 1984, upon the death of the company's founder, Paul Coughlin – a WWII Navy veteran. Frank has long been a vigorous advocate for the military resale benefit through his leadership positions in the Armed Forces Marketing Council; The Coalition to Save Our Military Shopping Benefits; and the American Logistics Association. The latter bestowed on him a Lifetime Achievement Award in 1994. Frank and his company have also been faithful supporters of military charitable causes, including Fisher House Foundation, the Semper Fi Fund, and the National Military Family Association which honored him with the Anna C. Chennault Award.

Outside the military sphere, Frank is on the Board of Advisors to the Institute for the Study of Diplomacy at Georgetown University, and Chairman of the Board of Trustees of the Trainor Endowment, which funds an annual award and lecture series recognizing excellence in the conduct of diplomacy.

Frank is married to the former Joanna Russell Robinson, niece of the late Senator Richard Russell, of Georgia, and they reside in. Palm Beach Gardens, FL. They have seven children (one deceased) and ten grandchildren (one deceased), including a son who served in the Marine Corps, and a grandson who joined the Marines last year, continuing what is now a family tradition.