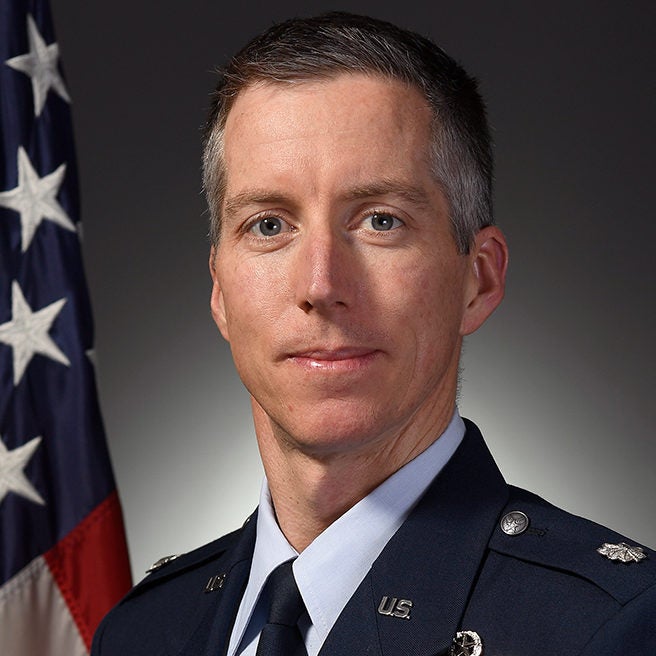 Lieutenant Colonel Grant Mizell most recently served as the Branch Chief for mobility requirements in the U.S. Air Force. He has 578 combat hours on over 500 combat sorties during six tours of duty in Southwest Asia and has flown more than 60 different aircraft as an Air Force test pilot. His career spans military operations, acquisitions, and squadron command. Lt Col. Mizell commanded the 645 Aeronautical Systems Squadron, building and delivering over 120 classified aircraft to government agencies operating across the globe. He has completed tours in Germany and England and served with the Royal Air Force in Salisbury, UK. Lt. Col. Mizell has a B.S. in operations research from the United States Air Force Academy and master’s degrees from the University of Tennessee Space Institute and Air University.