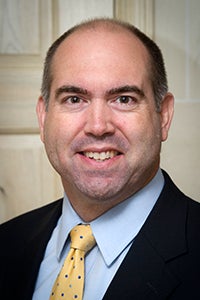 Prior to joining ISD as a Rusk Fellow, J. Andrew (Andy) Abell served as the Director for Israeli and Palestinian Affairs on the National Security Staff at the White House.

A career Foreign Service Officer, J. Andrew (Andy) Abell’s research interests include the evolution of diplomacy as an instrument of statecraft and political dynamics in the Levant.

Andy recently concluded an assignment as the Director for Israeli and Palestinian Affairs on the National Security Staff at the White House. From 2011-2012, he was detailed to the Department of Defense as the political advisor (POLAD) to the Joint Staff’s Deputy Director for Strategic Plans and Policy (J-5), Middle East Division. Previously, he served as the Senior Syria Desk Officer in the Department of State’s Bureau of Near Eastern Affairs.

He is currently engaged in Turkish language training in preparation for assignment to Istanbul.