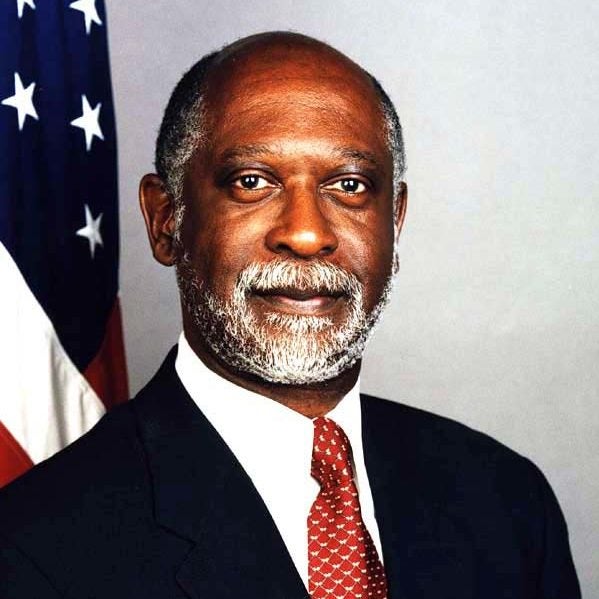 He worked from 2011 to 2016 as Senior Counselor for International Affairs at the Woodrow Wilson National Fellowship Foundation in Princeton, New Jersey. Before joining the Foundation, he was a Diplomat-in-Residence and Lecturer in Public and International Affairs at Princeton University’s School of Public and International Affairs from September 2008 through July 2011. From October to December of 2007, he was Senior Advisor for European Affairs at the U.S. Mission to the United Nations in New York. From 2006 to 2007 he was Deputy to the Commandant and International Affairs Advisor at the National War College in Washington, DC. He joined the National War College’s faculty in August 2005, after completing three years as U.S. Ambassador to Iceland. He served as Special Negotiator for Agricultural Biotechnology from September 2001 to June 2002. He was Deputy Assistant Secretary of State for European Affairs from August 1997 through June 2001, with responsibility for U.S. bilateral relations with twenty-five European countries, including the major European powers. Earlier, he was Deputy Chief of Mission at the U.S. Embassy in Budapest (1994-97), Counselor for Economic Affairs at the U.S. Embassy in Paris (1989-93), economic/political officer at the U.S. Mission to the European  Communities/European Union in Brussels (1985-89), and European Communities desk officer at the U.S. Department of State (1981-84).

Beginning his Foreign Service career in 1972, Ambassador Gadsden worked as a political officer in the State Department's Office of East Asian Regional Affairs (1972-74). He was next assigned to the U.S. Trade Center in Taipei as a market research officer supporting U.S. export promotion programs (1974-76). He continued promoting U.S. exports as a commercial officer at the U.S. Embassy in Budapest (1977-79). His next assignment was as a staff assistant to the Assistant Secretary of State for Economic and Business Affairs (1980-81).

Ambassador Gadsden was born in Charleston, South Carolina. He earned a B.A. degree cum laude in economics from Harvard University in 1970 and an M.A. degree in East Asian Studies from Stanford University in 1972. He continued graduate studies in economics at Princeton University’s School of Public and International Affairs in 1984-85. Ambassador Gadsden was selected for participation in the State Department’s Senior Seminar in 1993. He received a Presidential Meritorious Service Award, a Group Superior Honor Award, a Meritorious Honor Award, and Senior Performance Awards. He is the recipient of the 2014 Edward P. Bullard Distinguished Alumnus Award from the Princeton University School of Public and International Affairs' Students and Alumni of Color Symposium. He has chaired the Policy Council of the Una Chapman Cox Foundation and served on the Board of Directors of the American Academy of Diplomacy, the Board of Advisors of the Institute for the Study of Diplomacy, the Board of Directors of EcoHealth Alliance, the Board of Directors of the Senior Living Foundation of the Foreign Service, and the Board of Trustees of the Little Red School House and the Elisabeth Irwin High School (LREI).  He has also been a member of the Washington Institute of Foreign Affairs. He speaks French, Mandarin Chinese, Hungarian, and some Spanish. Ambassador Gadsden is married to Sally Freeman Gadsden. They have two adult sons and one granddaughter.