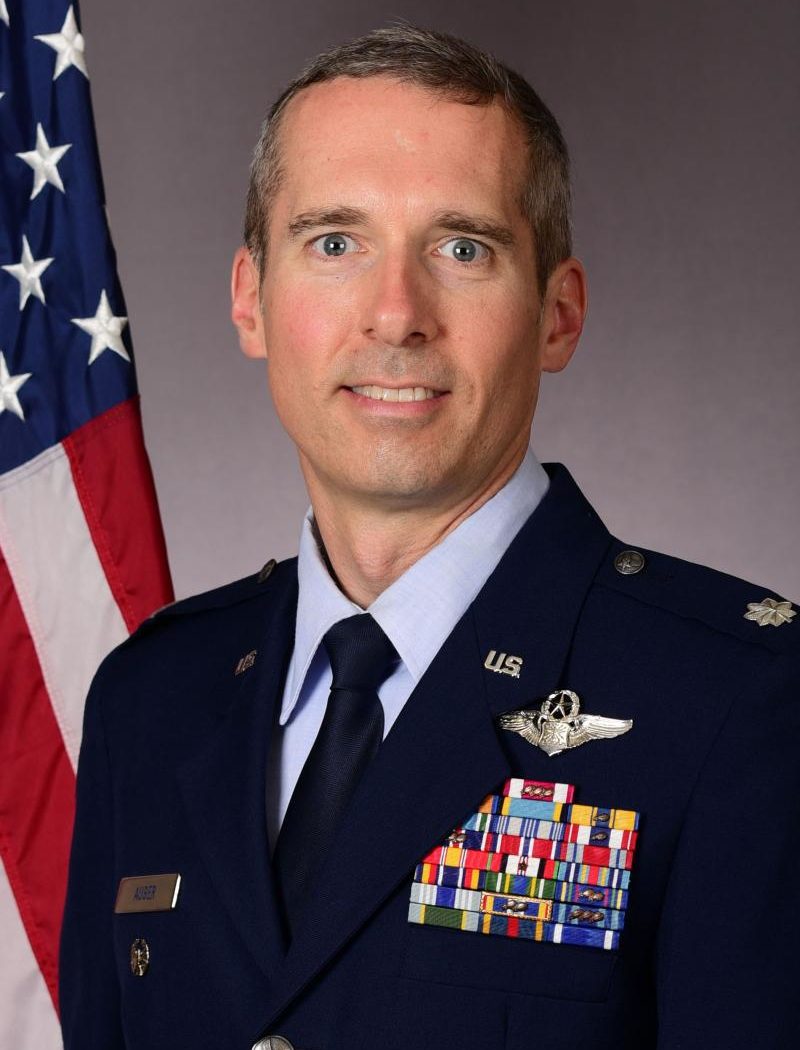 Lieutenant Colonel Chris Auger most recently served as commander of the 333rd Fighter Squadron, where he led 74 airmen and controlled 22 F-15E aircraft worth $1.2 billion. He is an F-15E evaluator and instructor weapon systems officer with over 2,500 hours in the F-15E, including 530 combat hours in Operations Iraqi Freedom and Enduring Freedom. He is a graduate of the United States Air Force Weapons School. He previously served as project manager for a $157 million rapid-acquisition program at the Air Force’s Tactical Exploitation of National Capabilities office and as F-15E division commander in an operational test and evaluation unit. Lieutenant Colonel Auger holds a B.S. in electrical engineering from Norwich University and M.S. degrees from Embry Riddle Aeronautical University (in aerospace management) and the Air Force Institute of Technology (in systems engineering).