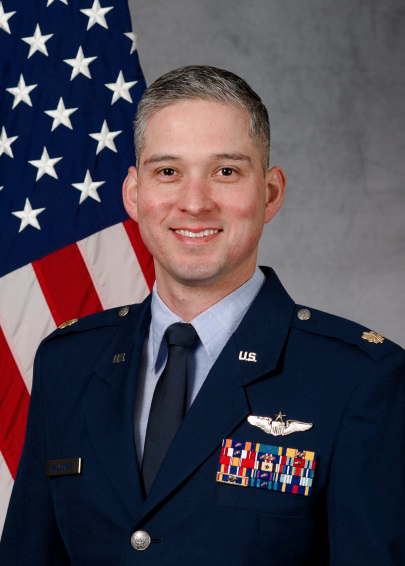 Major Alfredo Balderas joins ISD from the Contingency Response Wing at Joint Base McGuire-Dix-Lakehurst, New Jersey where he served as the Chief of the Wing Commander’s Action Group. He commissioned from Texas A&M University in 2005, and served as a KC-135 pilot in Okniawa, Japan and Wichita, Kansas. Alfredo has deployed to the Middle East five times in support of overseas contingency operations. He recently deployed as an operational planner to the Combined Air Operations Center in Al Udeid Air Base, Qatar where he orchestrated aerial refueling operations for the evacuation of 300 US citizens from the US Embassy in Yemen.