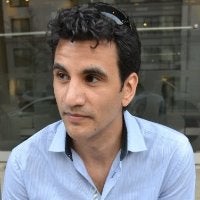 Ramon joined the Foreign Service nine years ago and has served in a diverse range of tours covering issues in the Middle East, Europe, and Latin America. In his last assignment, Ramon served on the Colombia Desk where he was primarily responsible for assisting Bernard Aronson, Special Envoy to the Colombia Peace Process, in his efforts to help end Latin America’s longest-running conflict. Before the Special Envoy was appointed in February 2015, Ramon was responsible for U.S.-Colombia cooperation on economic, energy, labor, and environment issues.

Prior to the Colombia desk, Ramon worked in the Executive Secretariat where he advanced the travel of Secretary Kerry and, before him, Secretary Clinton. When not on the road, he reviewed briefing materials for the Secretary, the Deputy Secretaries, and the Under Secretary for Political Affairs. Ramon also served in Baghdad, Iraq, where he worked on energy issues, including developing a multi-million dollar training program for Iraqi electricity sector public employees. While in London, Ramon served as Staff Aide to the Ambassador for nearly two years. Before his assignment in the United Kingdom, Ramon was posted to Saudi Arabia for two consecutive tours. In Dhahran, he was the Political and Economic Officer reporting on the energy sector and the Shia minority communities. In Riyadh, Ramon was a Vice Consul, adjudicating visas to Saudi Arabian tourists, students, officials, and military personnel. Before public service, Ramon worked in marketing research for two years.

Ramon holds a B.A. in Business Marketing from the University of Wisconsin at Milwaukee and a dual M.A. in International Affairs from Columbia University in New York and Sciences Politiques in Paris. While in graduate school, Ramon was published in the Princeton Journal of Public and International Affairs for his field research into alternative-to-coca development projects in Bolivia. Ramon speaks Spanish and French fluently, and Arabic intermediately.