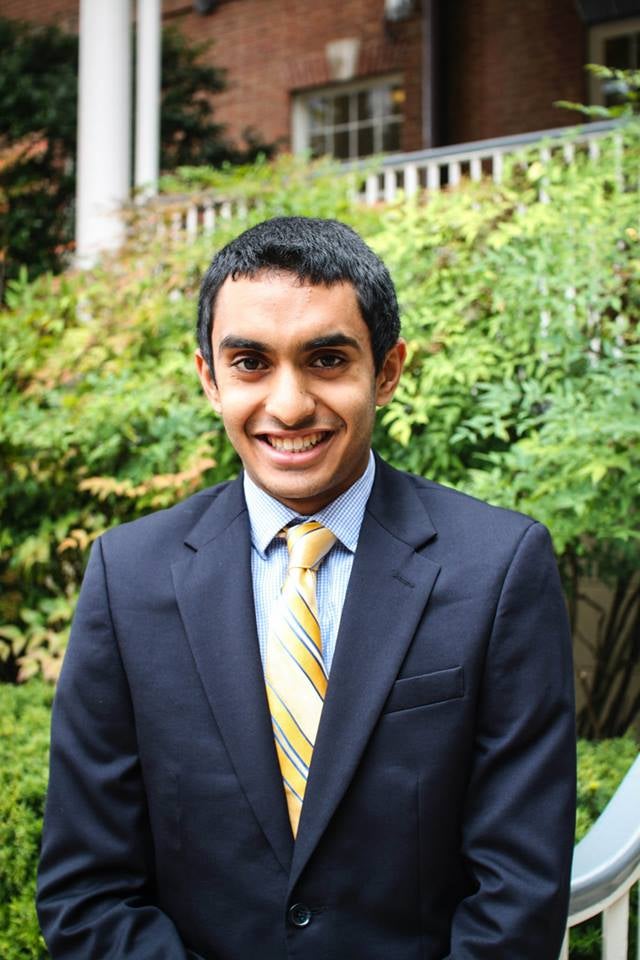 Advisor: Ambassador Barbara Bodine, Director, Institute for the Study of Diplomacy
Research Topic: Outlasting the Islamic State: The Strategy Behind the IS's Destruction of Cultural Heritage in the Levant

Vikram Shah is a senior in the School of Foreign Service studying international politics with a concentration in international security and Arab studies. He has studied and worked on issues pertaining to the Middle East for three years and hopes to one day work for the policy-making community. During his undergraduate career, Vikram worked for the Danish Refugee Council in Amman, Jordan, the Special Inspector General for Afghanistan Reconstruction, and the Department of State's Near Eastern Affairs Bureau.