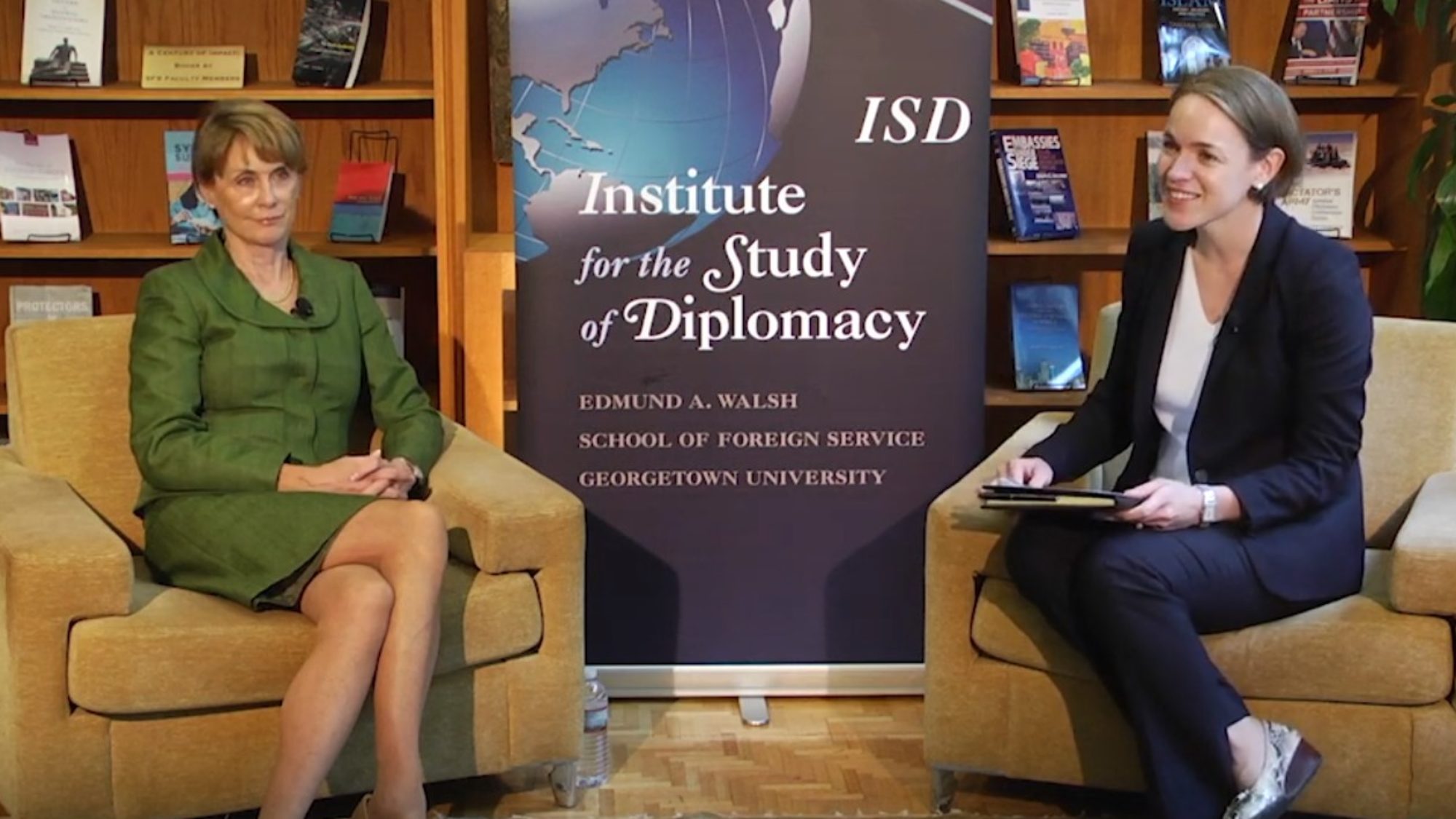 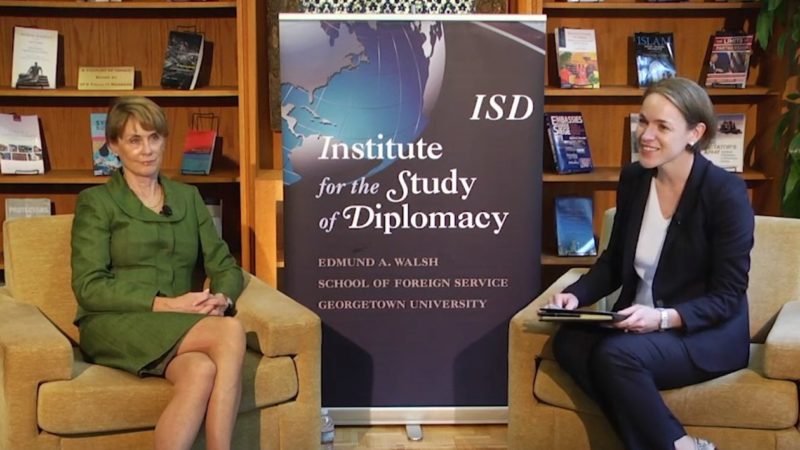 Ambassador (ret.) Barbara K. Bodine is Distinguished Professor in the Practice of Diplomacy and concurrent Director of the Institute for the Study of Diplomacy at Georgetown University. Ms. Bodine’s over 30 years in the US Foreign Service were spent primarily on Arabian Peninsula and greater Persian Gulf issues, specifically US bilateral and regional policy, strategic security issues, counterterrorism, and governance and reform.

Her tour as Ambassador to the Republic of Yemen, 1997-2001, saw enhanced support for democratization and increased security and counterterrorism cooperation. In addition to several other assignment in the State Department’s Bureau of Near Eastern Affairs, she was Deputy for Operations, Office of the Coordinator for Counterterrorism and subsequently acting overall Coordinator for Counterterrorism, Director of East African Affairs, Dean of the School of Professional Studies at the Foreign Service Institute, and Senior Advisor for International Security Negotiations and Agreements in the Bureau of Political-Military Affairs. She earned a BA degree in in Political Science and East Asian Studies from the University of California, Santa Barbara and an MA at the Fletcher School of Law and Diplomacy.